Category: Book Reviews
Tags: JD Robb, Naked In Death, Nora Roberts
Author: J.D Robb
Series: In Death
It is the year 2058, and technology now completely rules the world. But New York City Detective Eve Dallas knows that the irresistible impulses of the human heart are still ruled by just one thing: passion. When a senator's daughter is killed, the secret life of prostitution she'd been leading is revealed. The high-profile case takes Lieutenant Eve Dallas into the rarefied circles of Washington politics and society. Further complicating matters is Eve's growing attraction…

The First in the "In Death" Series created by Nora Robert's pseudonym J.D Robb. She also writes under the names Jill March & for publications in the U.K. as Sarah Hardesty.

Set in New York in the year 2058 our story focuses on Eve Dallas who is a homicide detective. Eve is closed off with a past that she still suffers some trauma's from.

New York has undergone some huge changes prostitution is now legal via licence companions, guns are illegal. Technology has advanced everyone's lives however that doesn't stop corruption, blackmail and most importantly murder.

Eve is called to a homicide of a "licensed companion" a women who is later identified as Sharon DeBlass. It may just be just another night, other than the fact she has been shot 3 times. If that alone wasn't cause for concern Sharon DeBlass is daughter of attorney Richard DeBlass and Grandaughter of Senator Gerald DeBlass.

This was the first of the "In Death" Series that I read and it certainly isn't the last. The series now contains over 45 titles and are still going strong.

Naked in Death isn't without it's flaws however it does set a picture very well, it identifies it's characters well but it also gives you just enough that I found that I wanted to know more.

If you like any of Nora Roberts previous titles you will know that there is a reason that she has now sold well in excess of 400 million copies of her books. It has also seen her feature in the Top 10 Highest Paid Authors for the last 7 years.

*Word of warning that the In Death series does contain Sex, abuse and reference to Drugs* 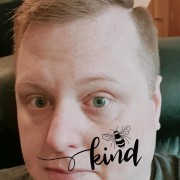